Local photographer Jon Davey was dashing between events on Saturday and has kindly sent us some of his photos to share. You can find out more about Jon and his photography by visiting www.jondaveyphotography.co.uk

A selection of photos from another brilliant weekend at the Portobello Book Festival. Thank you to everyone who came along, to all those who chaired the events and especially to the fantastic authors who took part.

A selection of photos from just some of the events on Saturday. These are all from a phone and much better photos will follow from many more of the events.

Saturday was a beautiful day in Portobello which was just perfect for the Writer’s Workshop led by Rebecca McKinney. Everyone went down to the beach for a bit of inspiration. This obviously worked as the quality and range of work produced was amazing.

Catherine Hokin and Ajay Close spoke about what inspired them to write about women who shaped history in a session chaired by Viv Cree. Catherine’s debut novel Blood and Roses looks at the fascinating story of medieval Queen Margaret of Anjou.  Ajay’s A Petrol Scented Spring follows the extraordinary exploits of Edinburgh suffragette Arabella Scott.

Novelist Catherine Simpson (Truestory) chatted with Isla Dewar about her many books and inspirations in a really entertaining session. Isla spoke about her heroines, both living and on the page, and told us a little about the novel she’s working on now which is set in Portobello.

We were delighted to have Man Book shortlisted author Graeme Macrae Burnet (His Bloody Project) joining us along with Mary Paulson-Ellis (The Other Mrs Walker). Their session was called Messing with the Mind and they discussed how they got into the mysterious minds of their characters and the exploration of secrets, lies and deception.

Lesley Kelly (A Fine House in Trinity) and Alison Baillie (Sewing the Shadows Together) took part in a session about North Edinburgh Noir ably chaired by Caroline Dunford. They spoke about the joys and pitfalls of setting crime stories in places they know really well. They discussed what inspired them and what the reaction has been in the places their crime novels are set: Portobello, Leith and Trinity!

Portobello Book Festival isn’t just for adults! Children from the local primary schools enjoyed visits from some authors this morning too.

The primary 4 pupils from the local cluster all went to Towerbank to hear Sir Chris Hoy talk about his children’s books Flying Fergus. 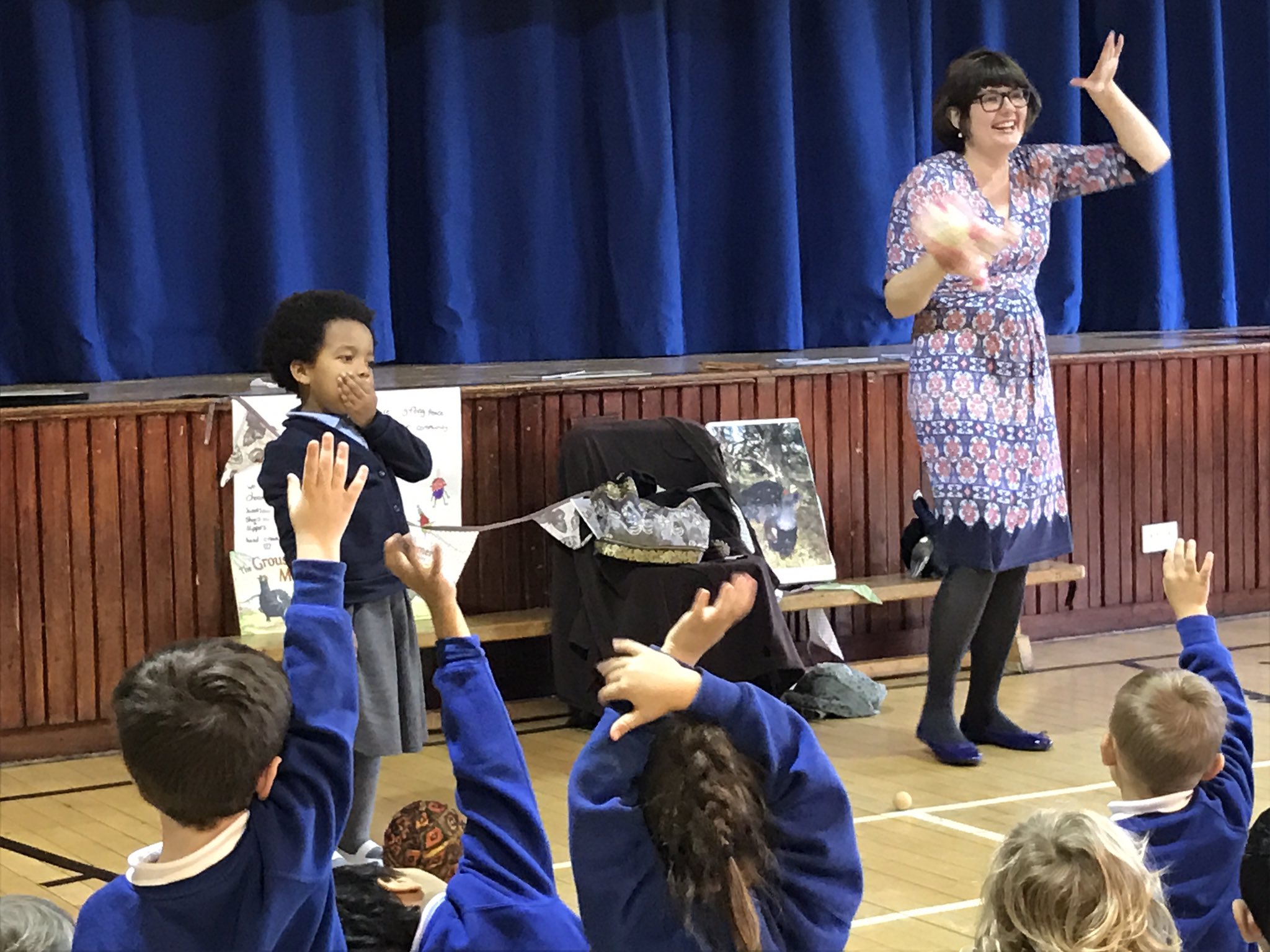 Primary 6A and 6B at Duddingston Primary were entertained by Lari Don as she read from her latest book, Spellchasers, and encouraged them to use their imaginations to create their own exciting adventure stories. You don’t need to worry if you are ever in a sticky situation with these children – they have plenty creative ideas to help you escape!